I returned a Samsung Galaxy S22+ to Samsung, Samsung send me a video where they received the box without the phone inside. I contacted Samsung and they are claiming no responsibility for this, even when the box arrived at their facilities and until 5 days later, they send me the video.

Fedex is also not responsible for this, according to them because is a return.

This is situation is a major scam, and it can be done at Samsung or at Fedex, does anybody know if there are government agencies that can help to improve this?

Don't see how it could be Samsung's responsibility. 5 days probably because they don't rush to do anything.

FedEx, maybe, but it being a return does not relieve them of responsibility.. they don't do returns for free, so..

Do you have proof that the box wasn't empty when FedEx picked it up?

Not replying this way to be a je*rk, but that's what someone else is going to likely ask? 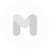 Hi Steve13, we certainly understand your situation and we are sorry for the inconvenience caused to you.

We kindly request you to provide the requested information, so that we will escalate this issue to our concerned team they will contact you regarding this and help you further.

Please check the direct message by following the below instructions and reply to us with the requested information.

Log in to the web version of Samsung Members community Canada (Link: https://r1.community.samsung.com/t5/community/ct-p/ca-community ) and click on the Message icon at the top right(Samsung Members) >> Inbox >> Reply to the DM (Direct Message).

Viewing your Direct messages Inbox from your device.

Galaxy S
First off I would say it was FedEx, I do trade-ins all the time to Samsung and I've never had an issue only issue I had one time was FedEx of the phone ended up missing it's always been FedEx that was the issue Samsung wants you to trade in the phones because it's better for them they reuse the parts and it makes you buy more products FedEx doesn't give a s***
0 Likes
Share
Reply

Hello, I am in a similar situation where i just jumped on the Samsung deals this past Black Friday/Cyber Monday deals and ordered a new Samsung Galaxy Z Fold 4 because they offered $950 for my Samsung Galaxy Note 20 Ultra 5G USA phone.  I closed the deal and sent in my trade-in packed safely in the box that they sent the new Fold 4 phone in.  I sealed the box up taping the FedEx prepaid label Samsung sent me.  I dropped it off on 11/30/2022 at a Walgreens store FedEx drop off point.  I went home and started tracking it on the FedEx tracking site hours later and i found it odd that night that FedEx flagged an "Exception delivery will be delayed or something". Long story short it finally started showing progress and was delivered finally to SEA Trade-In Blue, HylaMobile, in Tennessee on 12/05/2022.

Today 12/06/2022 I got email notification that Samsung received an empty box! No phone inside! They are going to charge me the trade-in value of $950.00 now.  I said What? They gave a link to a picture of the box they received apparently before they opened it and i could see extra tape wrapping around from the bottom of the box which I did not put there when I sent it! So apparently someone (Walgreens drop off employee or FedEx person) opened the box from the bottom and took the phone out and then taped it back up!  What a bunch of crooks!  i tried to file a claim on the FedEx website but after filling out all the info and descriptions and attaching photos of my box as I sent it and how it was received the FedEx site just hung and stalled when I tried to submit my claim.  What a bunch of scam artists!  What can I do? I am so bummed now going to pay the extra $950.00 because Samsung says I didn't send in the trade-in phone as described. **bleep**! I feel so stressed out and violated about this BS!

P.S. - I also should mention that i was also enticed to jump on this Samsung black friday deal because the Samsung orders site was offering Rakuten 15% CASH BACK.  But when I placed my order they did not honor the Rakuten 15% CASH BACK! What a bait and switch scam! Terrible tactics.

Looks like you are talking about Samsung Members USA.

This is the Samsung Members Canada, so it's not likely that anyone here can help.

You should probably be posting on Samsung Members US.

Oh, sorry it was not clear that this was Samsung Canada. Yes I am in the USA dealing with Samsung. Will have to find where to post my terrible experience then.