Well, I was the proud owner of an Essential Phone. It started off pretty rough for this device, but once Essential worked out all the bugs, it was a very very sweet phone. Problem was; my cell provider stopped providing regular monthly Pi updates in April. And then someone tried to spoof me on that device.

Sadly, even though Essential was giving Telus the updates, Telus D R A G G E D their heels in pushing them out, and kept blaming Essential. This was total BS, as I was a member of the Essential FB page, and EVERYONE was getting their updates on time. So...bye bye phone ("sniff").

I was regrettably forced to retire her a lot earlier than planned. I went and bought the Pixel 3, hoping it would fit the bill. What an atrocity! Phone was so buggy it made my Essential in it's early days look like a Rolls Royce by comparison. I couldn't return that P.O.S fast enough!

Then I was faced with a dilemma. What could I buy? I knew I wasn't ever going to buy another iPhone again. I don't like being cheated, and when I learned they deliberately messed with the battery and O/S to slow these phones down near the end of their service life, I freaked out, sold said phone and said goodbye to any more Apple nonesense.

Well, my provider's store only had a couple alternatives. I didn't want a Huwaei as I don't trust them due to what's going on with their CEO. Last thing I need is a hackable device in my backpack. So, my only other choice in store was a Samsung. I literally felt my @$$ tighten up, my blood pressure rise, and my brain short circuit. The company that deliberately designs failure into all of it's appliances and electronics as my new phone? NO EFFIN WAY!

I owned a Galaxy Ace years back, had it a month and literally threw it  in the garbage. Worst phone I ever owned.

I owned a Samsung stereo television back in the early 2000's, and not even two years in, it became a monophonic television as the circuit board for the sound failed. Samsung refused to fix it, claiming parts were no longer being manufactured on a television that was date stamped 4 months and some days older than my purchase date. Two years, and the TV was deliberately made obsolete.

Yes, I felt deeply cheated. Then there was the scandal with their self-destructing washers. Add to that all their front loaders being made with dissimilar metals so that the drums would fail within a short amount of time; thus forcing someone to shell out almost 2 grand for a new one. Why? Well, this was due to parts avaibility mysteriously vanishing. Then there are their notoriously failure prone control panels that die en masse on ALL their appliances. And...of course, no parts availablity for two year old appliances that should never have failed in the first place.

I was livid. Spitting fire, actually.

The sales rep assured me their phones were a totally different breed. Despite the battery fires (Apple, Sony, etc...pretty much any company has had issues with lithium battery fires), most people that bought Samsung cell phones were pretty happy.

Begrudgingly, I decided (no choice really, short of going out to another carrier for a different phone) to give Samsung one last chance. He pitched me a Galaxy s series phone. I was all hopped up until I saw the price tag. NOPE. I couldn't justify paying almost 1400.00$ Canadian dollars for that phone.  Then, he introduced me to something different. The Galaxy A70. Now, I must state here that my carrier sells these phones for a hefty price. I could have purchased it for a couple hundred $$ less if I had bought it online I later discovered ("grumble"). He took me through its features and battery life...it's incredibly robust battery life.

I was sold on it.

After he slapped on a screen protector, I took it home and then said "OK, impress me"!

Well...things didn't go so well that first day. I discovered Bixby. I LOATHED Bixby. I still do. You see; I don't like bloatware, or things that are hell-bent and determined to shove advertising and self-serving offers down my throat. My brief and final experience with this software in this phone had me wanting to run back and return this device. Stiill, I realized I would end up with serious problems if I continued using my unprotected Essential (thanks Telus for effin' me over like that). Reluctantly; I started scanning YouTube and forums for help. I gratefully learned  through these searches that I could use my phone without ever having Bixby darken my proverbial doorstep (My roommate literally said, and I quote "You bought a Samsung huh? **bleep** to be you. I hope Bixby doesn't make you too miserable"). In fact, I could Google up the living daylights out of my phone.

So, I started disabling every single Bixby program hard wired into this phone that I could and still have a functioning device. I then proceeded to intone "Hey Google" wherever possible.

Now, don't get me wrong. I know Google is as self-serving all get-out. I am also aware that Google won't try to sell me swamp water while calling it nectar. I've had a long enough relationship with Google to know how to dumb it down and excise the unwanted bloatware. Best of all; for the most part, Google just works.

So, with my A70 programmed to do Google's bidding, I started to see some of the beauty in it's design. It's a smart, sleek phone with a lot of personality. It has decent memory and phenominal storage (I'm a little cheesed off I only had a six gig memory offering when 8 gigs iare available to Americans, along with headphones being included as well), a really sweet, well designed screen and decent camera features. It also has a HEADPHONE JACK. That's what sold me. I hated my Essential's headphone dongle.

It's a very pretty phone. My big, ugly complaints are with its "Glasstic" back. I'm a very careful person, but that back is very easily scratched. WWWWAAAAYYYYY too easily, actually. It is also an incredibly slippery phone. I've talked on it and had it just slip out of my sweaty hand on one occassion. Luckily, it hit a padded carpet, so no damage. As a result, I was forced to buy a phone case to cover it's funky back panel. Sadly, there are not many cases available for this phone. Lastly; the finger print security feature almost never recognizes my fingerprint. In doing some research, it's a far too common complaint. No matter how clean that screen is; it never ever works.

I also am not loving the sound quality. Yes, it's monophonic. That I can handle (that awful Pixel had stereo, and it was shrill and tinny). This phone is squelchy at best. I also have great difficulty hearing people on the speaker phone setting; something that my Essential rocked out. To resolve this; I bought a Google Home speaker. I'm hopeful this will fix my hands free woes around my house. I'll keep you posted once it arrives and I've had the opportunity to use it. Lastly; the fact that the A70 is not water and dust resistant is a bad move. At this price point, it's negligence to not include this feature.

My first month with the Samsung Galaxy A70 has me re-thinking my utter detestation of this company and their unsavoury practices towards customers. I am speaking, of course of the purpose-built failures deliberatly designed into their other products. Let's not forget the parts well magically vanishing at the end of warranty too. This phone almost makes me forget all that unpleasantness.

I am really loving this phone. It's truly a sweet device.

I think Samsung is doing a great disservice by NOT promoting it in any way, shape or form. All of it's advertising budget is being spent on their flagship models. Its sad that a phone this practical, smart and well-designed for the most part is being left in the dust.

In conclusion; my message to that powers that be at Samsung...you've earned my respect. Thank you for making this brilliant device. It deserves so much more exposure than you are currently giving it. Let's hope when my A70 hits the two year mark I'm still enjoying this electronic love-in.

Galaxy A
ya Bixby is a Sensitive subject on these forms and to most people that I have encountered. the general consensus is that bixby is a huge heaping pile of crap that is forced on to Samsung owners. My personal experience with Bixby has been......meh and honestly more negative than good So....... there is that. also....... I would say about 99% of people hate bixby In my experience. But other than that it's good to hear that Samsung is putting some more effort into their mid range phones 👌🏻👍🏻, My mom just got a Galaxy A20 and I have to say it was pretty impressive for the price point.
1 Like
Share
Reply

Galaxy A
This was a really good read. Thank you for sharing your insight. You can slap on a dbrand or slickwraps skin if you want a more grippier feel and to prevent scratches 😊

Welcome to the samsung team bud. I have owned Samsung devices from the Ace all the way to the S10 plus. The ace almost made me quit Samsung but at the time, I didnt have any alternative to switch to. As the S series came out, I immediately fell in love with all their devices. However the early models of the S series had this awful lag due to touchwiz. Lagwiz was finally replaced with One UI and I have never been happier. If Samsung continues to improve their software over time, I'd be the happiest customer.
0 Likes
Share
Reply 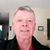 Galaxy A
I have always owned iPhones since the very first one was released until now! I've had my A70 for just less than a month and totally love it.
Moving the data from my old iPhone to my new A70 was super simple and very quick. The learning curve going from iOS to android was pretty steep but I made it like a game, God am I having fun. I also got a 512 GB microsd so I have a total of 640 GB of storage. With that I over 4,700 songs and 22 movies (and still adding) on my phone.
I keep asking myself, why didn't you make the switch sooner?
God I LOVE THIS PHONE👍🤣
0 Likes
Share
Reply

Galaxy A
That's quite the paragraph of an opinion of a phone, thank you! 😊Just remember to backup all you stuff 640GB, you crazy bird 🤪🙃👍
0 Likes
Share
Reply

Galaxy A
thank you will do, not bad for a mid 60 year ah!
0 Likes
Share
Reply