Galaxy S
Are you sure S10 Lite is getting Android 13?
0 Likes
Share
Reply

According to sammobile.com, NONE of the S10 series is eligible for One UI V5.0.

Galaxy S
That's a very interesting article.
Thanks for sharing. It was someone else yesterday who posted an article on Tech Radar mentioning that Samsung would receive 4 major updates which I don't think it's true.
It's hard to go by what these websites show and only official statements would come from Samsung itself
Keep in mind it also might be different in the US and other parts of the world compared to Canada.
As far as I am aware Canadian Samsung devices will receive AT LEAST 2 major updates.
1 Like
Share
Reply

Yeah, I think that it might have been me who posted the link regarding 4 Android version updates.

I agree that official information from Samsung would be nice, but Samsung has posted inaccurate information themselves, here on Samsung Members Notice, indicating that devices that were never going to get an update, saying that they would be.

OR listing only the most recent Flagship, as the ONLY device eligible for the next One UI update, when there were actually at least half a dozen other devices that were eligible.

Information should not be so complicated.

Galaxy S
I don't understand because my s10 is powerdul enough to handle it. It came with Android 9 , and and Android 12 now, But the Samsung S10 lite Android 10, And will be getting Android 13 . don't understand
0 Likes
Share
Reply

Where are you getting the information saying that the S10 lite is getting One UI V5.0?

Your post is the only place that I've heard anything about it? 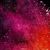 Galaxy S
The link you gave is about the beta program of One UI 5.0, but he is in the list of samsung phones that will get the stable version of One UI 5.0
https://www.sammobile.com/news/samsung-devices-eligible-for-upcoming-android-13-update/

Yes you are right about the link being more focused on the Betas,

I was looking at these lines from the article, regarding the S10 & Note 10.

The OP does actually have a point though, why is Samsung supporting the One UI V5.0 update on the "Lite"  versions of the S10 & not the more expensive ones??

Kind of makes me wonder if the information in this article is correct?

Since the Galaxy S10 is not on the list of Samsung phones that support Android 13, it won’t be eligible for the One UI 5.0 beta. For the S series, the beta will be limited to the Galaxy S22, Galaxy S21, and the Galaxy S20."