Galaxy Note
When will the galaxy note 10 plus get Android 11. Is there any beta program available?
2 Likes
Share
Comment
7 Comments

Galaxy Note
Never been one in Canada and don't think they'll ever change that.
0 Likes
Share
Reply

As of now, the program seems to be available only in the supported pixel devices. We will let you know if there is any kind of information regarding this.

Galaxy Note
You'll get Android 11 (R) much later this year. There are beta programs but first, they're beta for Samsung's UI, which as you already know come with extensive modifications to Android. Those usually start in Q4. And second, as Vic20 said, Canada was never included in any of them and chances that things change are near nonexistant. However, there's always the possibility to flash them manually. If you're interested, you'll have to wait until the OneUI beta start.
2 Likes
Share
Reply 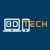 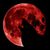 Galaxy Note
Well considering we got Android 1p in January I think you're a bit early on asking about Android 11 release for any Samsung device. S20 and Note 20's will be first and likely similar with January 2021 if I had to guess but Note 10's will be after the 20's for sure.

As for a beta that's almost a definite never for us in Canada, unfortunately.
1 Like
Share
Reply

Slow your role.... 10 just came out for Samsung devices. You want quick access, get a Pixel